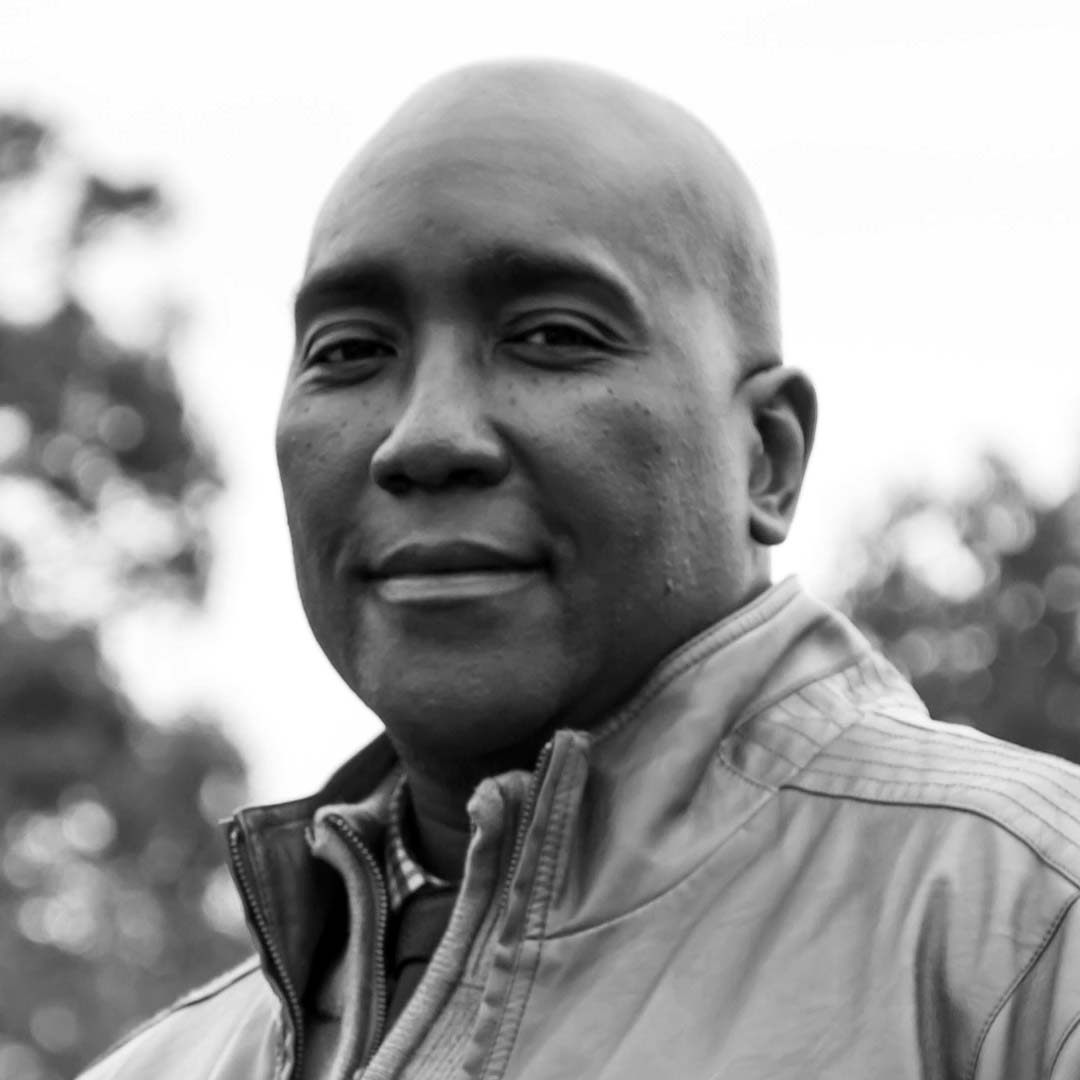 The Boy From The Ditch
(Season 01 / Episode 02)
Dennis Turner
In 1985, CBS brought national attention to a county in Mississippi, known as Sugar Ditch. The documentary exposed Tunica's Sugar Ditch as the poorest in the USA. We talk with Dennis about first beating the odds and becoming a successful, educated, motivational speaker and singer.

Dennis was born in Sugar Ditch in 1973, about a decade before it was recognized as the poorest place, with a community that resembled Apartheid South Africa. In 1985, Sugar Ditch made national news even Oprah and 60 Minutes produced shows about Sugar Ditch. The neighborhood became famous for being the poorest place in America. But more contemporarily relevant, it was known as an apartheid-like community. Where white and black people were segregated with livelihoods that were sharply contrasted.

Dennis Turner’s parents and 12 siblings moved from Sugar Ditch to White Oak when he was about five months old, where Dennis would spend most of his childhood.

Dennis wrote a book titled ‘The Boy From The Ditch’ which follows his journey and recalls stories about sugar ditch and his family in White Oak and later in North Memphis.

The origin of the name ‘Sugar Ditch’

Sugar Ditch was not the official name of the neighborhood where Dennis was born. The nickname ‘Sugar Ditch’ came from the scene of rows of wooden-old-shack houses, with no indoor plumbing and bathrooms. And a sewer ditch that ran behind most of them. People would use pots or buckets and dump them into the sewer ditch. ‘Sugar’ is an oxymoron to what the landmark ditch contained.

When living in Sugar Ditch, Dennis’s family and most residents rented their homes from landlords. Hence Sugar Ditch caught the public eye in the 80s due to the living conditions tenants were subjected to. These types of landlords are now nicknamed ‘slum lords.’

While still living in Sugar Ditch, Dennis Turner’s mother was bitten by a rat, one of the many that frequented their house, which motivated the Turners to move. They moved to White Oak, a low-income housing neighborhood, where they purchased and owned a home for the first time. Dennis spent the first 15 years of his life living in White Oak.

They later moved to North Memphis around when Dennis was 15 because his mother needed better health care. This was a poor community in the outskirts of Memphis where Dennis would grow used to hearing gunshots, sirens, and experiencing life worse than anything before. He once returned home with his mother to find someone shot dead in their backyard with police tape.

How Dennis Turner’s family tried to use every dollar effectively

In his book, ‘The Boy From The Ditch, ’ Dennis recounts stories about Sugar Ditch that were passed on by his mother. His family would buy as many multi-purpose items possible to make the most of their finances. One of the items that resembled this idea in the Turner family was Crisco oil. They used it for cooking but also as a skin moisturizer.

Dennis Turner’s schooling experience was darkened by bullying experiences early on, which began in third grade. He had classmates who were retained in the third grade due to academic incompetence to proceed and were much older than the average student who created a social dynamic that allowed for bullying. The older children in the class would subject the classmates to all kinds of abuse, including rape, when the teacher was not in class.

Retrospectively as an educator himself, Dennis loses count of how many charges and violations the school administration could have faced for having such abuse happen right under their nose. Teachers would leave classrooms for extended periods, long enough for the older children to subject their classmates to sexual harassment.

The issue persisted and wasn’t satisfactorily dealt with because the predominantly black school (student body and teaching staff) wanted to avoid negative attention that may justify why they were under-resourced in a school system favored white schools. The teaching staff was disconnected from the students’ reality at Dennis Turner’s school because they lived and commuted from Memphis and other counties and not Tunica.

This experience terrified Dennis and he kept it all to himself even though he had many older siblings that could have easily come to his aid. He feared what would happen to him in the classroom when there would be no one to protect him.

But to the rescue of Dennis Turner’s class, a student finally mustered the courage to report the terror to their mother, which brought the school’s attention to the issue.

For two years, Dennis was subject to this terror. He thinks he learned nothing in third grade because he was either traumatized or too busy making up excuses to miss school.

Cross burning is an intimidation practice notoriously done by KKK members to intimidate African Americans and Jewish people. While living in White Oak, and only about five years old, Dennis recalls discovering a burnt white cross left on an empty lot neighboring his eldest sister’s house. Which was about a street away from the house Dennis’s parents purchased in White Oak.

This was a predominantly African American community and so “it was not far-fetched for something like that to happen.” - Dennis Turner.

“...In Mississippi, this stuff is taught. Being racist and biased or... wanting to maintain a segregated society - it’s taught!”

People use racial differences as a deterrent and rationale for treating people differently. According to Dennis Turner, they teach their kids to believe the difference (racial) is the problem. And when you are ignorant or uneducated, it is easy to believe that narrative.

Until we deal with the actual root problem or desire to segregate, we will always live in a society where we are subjected to racialized experiences. Dennis has lived in five states, all in the south. Florida, Texas, Georgia now North Carolina, and he has seen the same thing all over. Which is; racism is not an issue that belongs to one particular place, but instead, there are pockets all over the country of people possessing a racist mentality.

When Dennis was growing up, the school system was highly segregated. White schools, which were private schools at the time, received public funding despite their classification as private.

Learning what not to do from his siblings

One of his older brothers developed a drinking habit and would come home beat up on top of all the ruckus he caused in town. One day, he returned drunk and hungry, so he decided to fry some chicken and used washing powder instead of flour.

His elder sister was once involved in a shooting. It started with her hitchhiking with a friend to go to the city for fun. A man picked them up and was driving, heading to the woods instead of the city. So his sister and her friend jumped out of the car and ran away from the man who was armed and shooting at them. One of them was hit as they sought refuge in a house that quickly took them in and fended off the shooter.

Because of witnessing his siblings’ lives pan out, Dennis grew up more careful and respectful of his mother’s counsel after seeing the negative impacts of his siblings’ choices.

Dennis played basketball in high school under a racist coach. Despite that challenge, he consistently made the school team. In college, he did the same, which allowed him to travel across the country in a plane (for his first time) playing basketball.

Dennis was excited to put all the difficulties he faced growing up behind him. But he was academically behind due to his poor educational background, posing a different and unexpected challenge for him in college.

While in college, Dennis’s mother was going through an adamant time. She had a leg amputated, which broke her spirit and around the same time, their house in White Oak was being foreclosed on. This was difficult because Turner’s parents always wanted to have a home for their family.

At the time, Dennis’s goal was to graduate and buy a home for his mother. After telling his mother this aspiration, she told him to do all of that for himself and not for her. About two years later, she had her remaining leg amputated. In May 1997, Dennis Turner graduated college and his mother passed on about 3 months after.