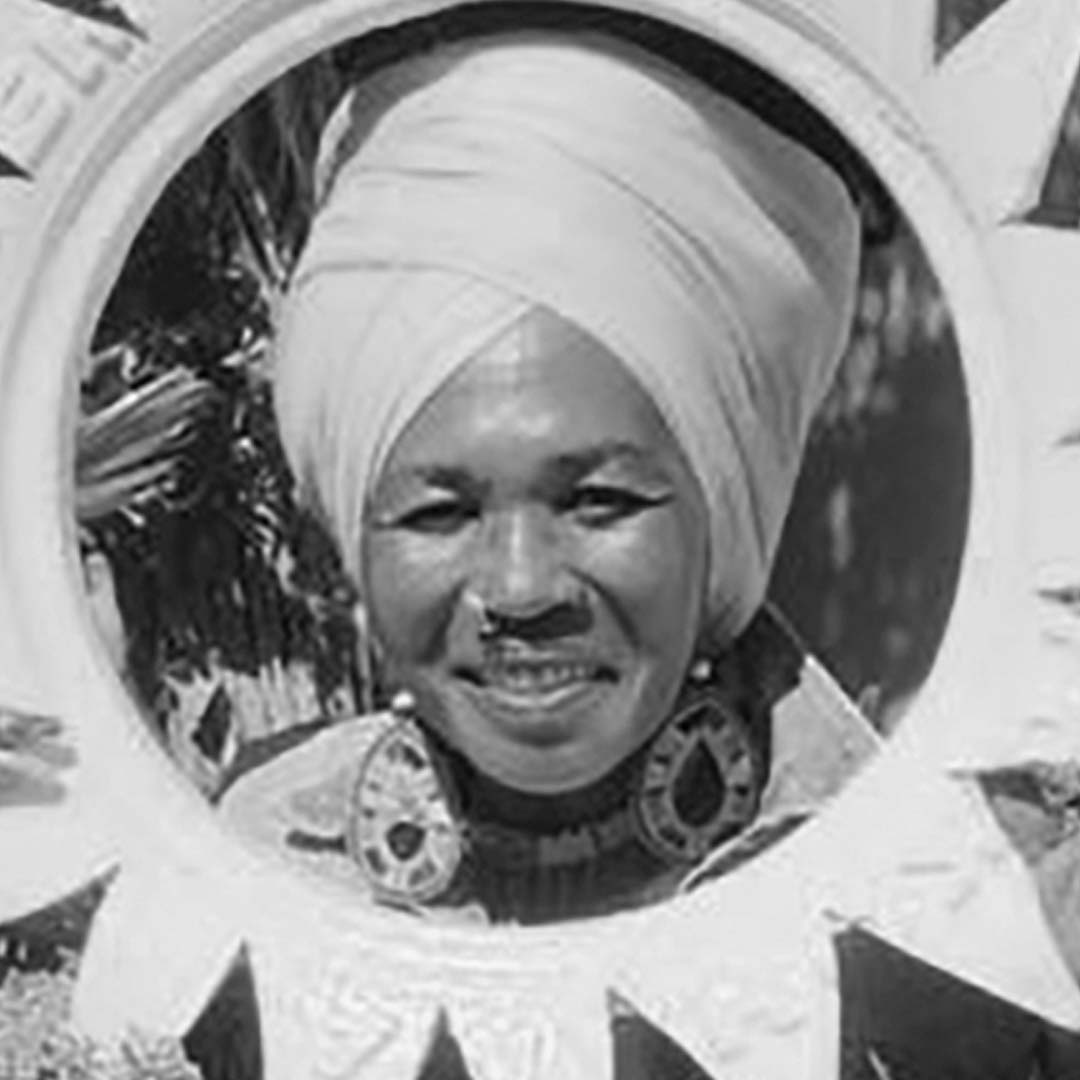 Running With Drums
(Season 02 / Episode 02)
Doris Sissy
Growing up in Apartheid South Africa, Doris had brutal encounters with the police in a ‘whites-only’ town where she lived with her adoptive family and later her white boyfriend. Over the years Doris has conquered not only her challenges, but also helped others conquer their own.

Doris ‘Sissy’ originates from a town called Ixopo (in isiZulu), where she was born during the 60s to a family of ten with no parents but an elder sister looking after them. Her mother abandoned them to pursue a music career when South African pop culture was dominated by female artists such as Brenda Fassie.

As a kid, there was no TV - at least not in her part of the world. So all they had for entertainment was a radio. She frequently broke their radio apart, eager to see where the voices were coming from. Early on, she recognized that dancing was a strong passion and something she enjoyed, so she would put together dancing groups and manage performances.

Her sister could no longer look after her after marrying a spouse that refused to take her siblings in. Shortly after, Doris began to truly comprehend the reality of Apartheid in South Africa when she moved to a ‘whites-only’ town with her new adoptive family. Apartheid, meaning ‘apartness,’ was a legal system that consisted of oppressive laws against non-whites, considered second-class citizens.

Doris later met a German boyfriend who exposed her to more trouble with the law as they tried to lead an everyday life in South Africa. They then left for America to escape the racism where she finally felt free despite the country’s very own and on-going fight for racial justice.

However, Doris later ran away, back to South Africa. She wound up in Oshakati, Namibia, a town in a country neighboring South Africa, where she is now a cultural icon for creating a dance called ‘omaleshe’ that virtually every GenZer and other community members have come to know. ‘Omaleshe’ is a mash of Zulu, hip-hop, and other African dances danced to the tune of drums.

Ever since settling in Namibia, Doris has been using dance to connect with young people at schools. She forms relationships with children so she can help them with what no one else will. However, Doris admits that she also enjoys dancing to escape her worries and complicated past.