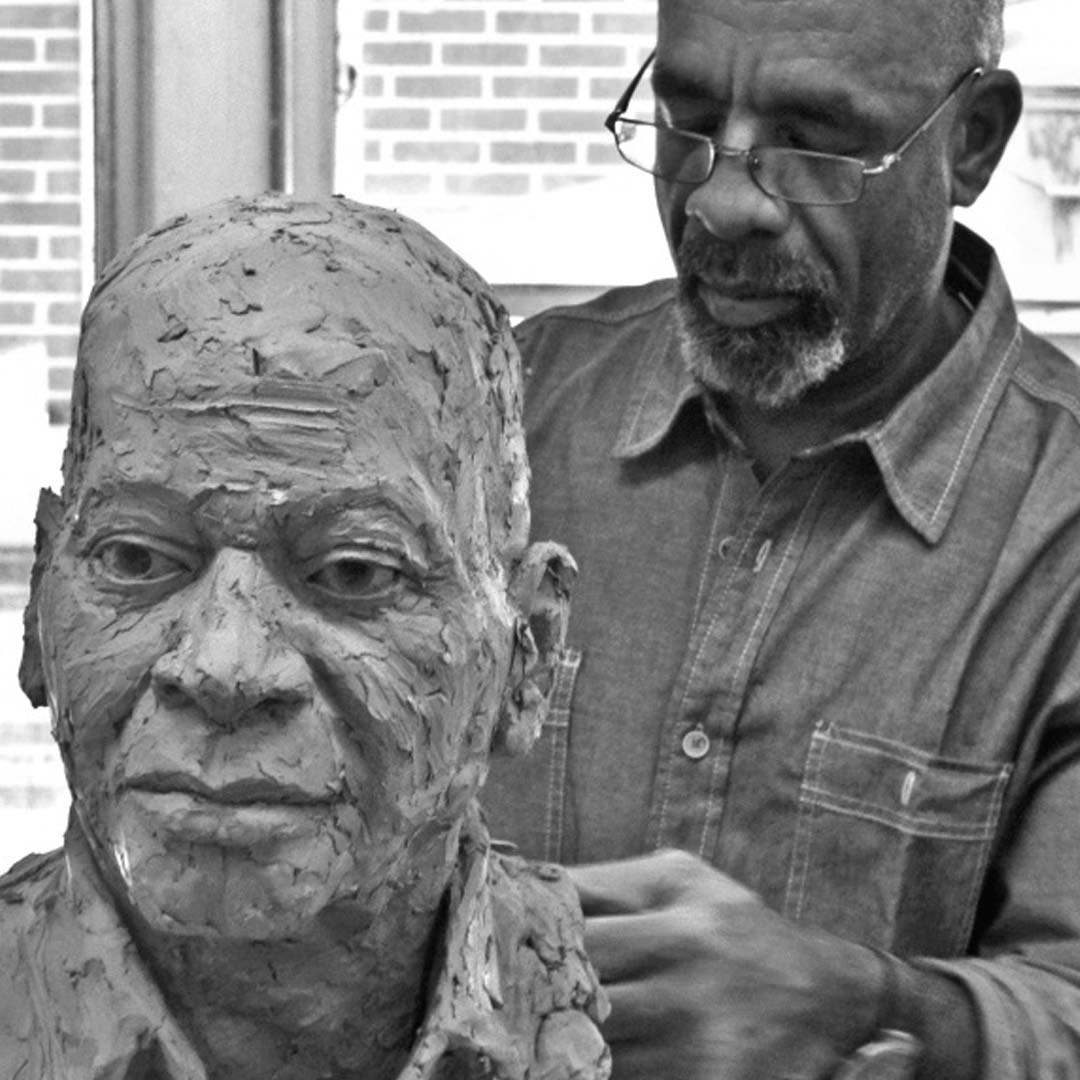 Sculpting Our History
(Season 02 / Episode 03)
Basil Watson
Basil Watson is a figurative clay sculptor who was selected to create a larger-than-life-size replica of Dr. Martin Luther King Jr for the city of Atlanta. His journey began in Jamaica in the 80s, where he set out to launch a successful art career in a newly independent country yearning for a post-colonial identity and culture.

Basil Watson is the son of an artist who had been touring Europe to showcase his art around the time Basil was born in the late 50s. Growing up, Basil was always surrounded by art and there was never an empty wall in their house.

As a toddler and just like his grandchildren, Basil would stare mesmerized by the art that surrounded him. However, he only became serious with art in high school when he was about 13 or 14. In his own words, ‘he began to consummate his love for art’ and did not necessarily fall in love with it. Basil would skip classes to do and learn art with a teacher at the Jamaican School of Arts where he went after high school and completed.

Basil graduated college in 1980 after which he opened his own art studio. He primarily modeled different figures in clay - a type of sculpting called ‘figurative clay sculpting’. Which is an art he learned throughout college and taught himself a lot about from different places.

Basil led a successful career as an artist in Jamaica from 1980 to 2002. His career took off when he and his brother came up with a plan to create sculptures for a grand park exhibition. A project they worked on for 2 years, getting different organizations to sponsor sculptures. Basil went on to create more sculptures in Jamaica, paying tribute to Jamaican excellence and culture.

In 2002, Basil Watson moved to the USA, after a 20-year career in Jamaica. He came with the goal to bring his work to bigger stages and to more eyeballs. And now he just recently completed his life’s greatest work.